The Northern Desert of Peru 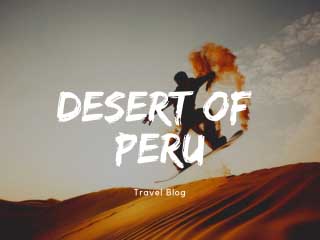 Peru continues to stand out in the eyes of the world, and now because the fascinating north Peru has been recognized as one of the best places to travel in 2018, according to the magazine Conde Nast Traveler of the United States. The list, prepared by the editors of the magazine based on their travel and experiences recommendations in north Peru destinations, includes 18 must see destinations such as Antarctica, South Korea, Petra, Malta, among others.

Peru desert has enormous possibilities for the organization of adventure trips tailored for those tourists who love nature and these magical and endless scenarios. In the whole world, there are specialized companies in the preparation of travel programs where the desert is the main recreational space to live unforgettable experiences. Sightseeing and discovering the Peru desert in all its dimensions involves going into its sands and dunes, experiencing its immensity and the mystery that surrounds them, perform activities related to adventure sports and ecotourism, which may well seduce nature lovers and the adventure.

This ones of Peru's riches archaeological regions, from the Moche Valley to be Túcume Valley, north of Chiclayo, monumental adobe pyramids rise majestically over farmlands. Discoveries over the last 20 yeards have revealed incredible treasures, such as the Lord of Sipan´s tomb and Bataán Grande, that confirm the historical importance and development of these people in ancient times.

Often described as South America's Egypst, this region was the gradle of the Moche, Sicán, and Chumú kingdoms, highly sophisticated pre-Columbian civilizations that flourished in the heart of one of the world's most and arid strips of land. Besides the Lord os Sipán's Tomb, the area is home to many spectacular structures, including Túcume or the Valley of thePyramids, Temples of the Sun and the Moon, and ChanChan, the world's largest adobe city and a UNESCO world Heritage Site. The region's Colinial past can be seen in Peru's second lagest city, Trujillo, founded in 1534. An elegant town with well-preserved churches and mancion, the city led the call for peruvian independence in 1820. In 1931, after the Alianza Popular Revolucionaria Americana (APRA), was outlawed and its leader, Victor Raul Haya de la torre, was imprisoned by dictador Sánchez Cerro, Trujillo's middle classes staged and  uprising Which saw over 6,000 rebels shot dead near Chan Chan the Sechura Desert occupies  72,900 sq miles (188,750 sq km) from the shoreline to the secondary ridges of the western Andes. In the north lies the Northwestern Biosphere Reserve, which includes four natural protected areas of red mangrove and Equatorial Dry Forests. To the south are a series of arable valleys that have provided food in this area since pre-Columbian times.

The North Peru has an exquesite culinary tradition with fish, seafood, and goat as the main ingredients of the variedspicy and richly flavored dishes. It is as prosperous region thanks to its agricultural lands wherethe best rice, sugar, limes, and mangoes are grown, as well as its thriving rum industry.

In the Sechura Desert, however, located between the territories of Piura and Lambayeque, it offers spectacular natural scenarios such as the white dune, ideal for skiing on the sand, motocross and adventure walks.

Its extension goes from the desert of Atacama to the northwest coast and is almost entirely in the province of Piura, almost one thousand kilometers north of Lima. The presence of the rivers Piura and Lambayeque, added to the little stability of its soil, causes this desert to be the victim of constant floods, being typical the lagoons that dot this arid scenery. For this reason, except for the lizards, birds or the famous Sechura fox that lives among its dunes few human settlements have been able to settle in the shortest but widest desert in Peru.

On the other hand, and due to its proximity to the coast, the temperatures of this desert during the summer season range between 25 and 38 degrees while in winter they range from 16 to 24 degrees, which gives it the character of ecoregion of semiarid character.

At an ecological level, in the area that covers the Sechura Desert it is possible to recognize a limited fauna, which is made up of species such as 34 varieties of birds, as well as seven species of reptiles, the presence of donkeys, goats, the Sechura fox, etc. Among the varieties of plants that survive in this Peruvian desert, there are 12 species of vegetables such as white grass, guayabito de gentile, sapote, charamusco, pitau, realengo, scourge of Christ, carob tree, carob, lito , mouse manito and the flower of sand, that allow the subsistence of the animal species previously mentioned.

This Peru desert, although it has a low diversity of life, is rich in the presence of some phosphate deposits, as well as oil. The Sechura desert is also quite close to the area known as Bayóvar, the site of a phosphoric rock deposit, material that is used as fertilizer. Among the formations of this desert, are the Illescas Massif, which is a stony elevation of 500 meters.

Within the area that covers the desert is also an area known as Vicus, where it is possible to recognize an archaeological site that can be visited during excursions to the desert. Other activities that can be done in the desert are cycling, as well as observing the almost desolate landscape, and trekking.

Other Incredible Destinations in Peru

Machu Picchu is one of the 7 wonders of the world most visited by tourists, it has beautiful stone-based constructions, they were carved with great precision and detail, it is the most important work for the Incas for having been built on a rugged and inaccessible mountain , divided into two large sectors, urban and agricultural separated by a large wall that descends the hillside until it reaches the banks of the Vilcanota River. 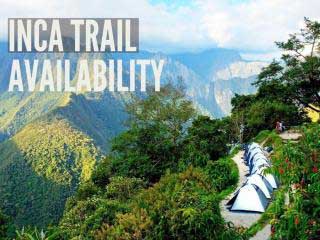 03 October 2022
Check Inca Trail permits real-time availability in 2023. Book your hike to Inca Trail in advance. There is limited availability for the Machu Picchu hike 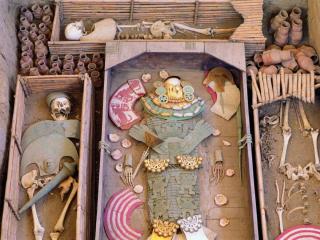 Lord of Sipan: one of the most important archaeological finds in America

27 September 2022
One of the greatest milestones in the history of world archeology is, without a doubt, the discovery in 1987 of the tomb of the Lord of Sipán in Perú.

Quelccaya: The largest tropical glacier in the world is in Peru

26 September 2022
The Quelccaya glacier, located in Cusco, is considered one of the wonders of Peru and a natural destinations to live an unforgettable experience. 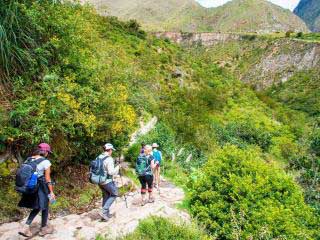 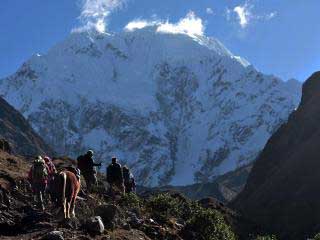 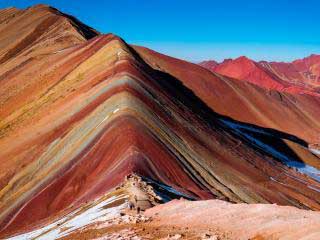